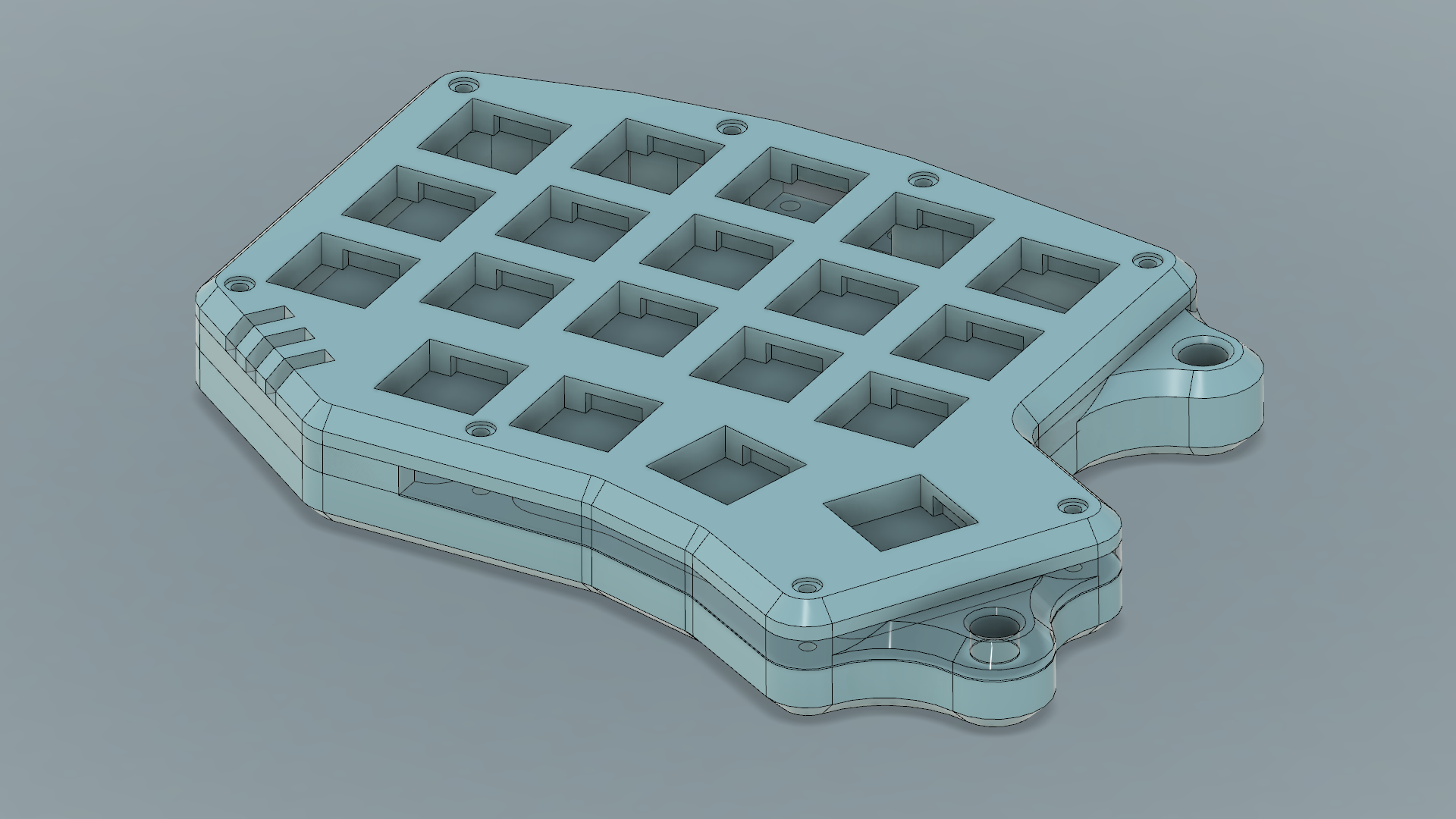 I’m learning about keyboard design, 3D modelling and printing techniques. Starting out with a tiny board seems like a good idea: it’s smaller to print and iterate on. Thus, I’ve spent some time creating my own variant of the Minidox, made by That Canadian.

It will be a handwired build, meaning I won’t yet design a PCB for it. The keyboard will feature: