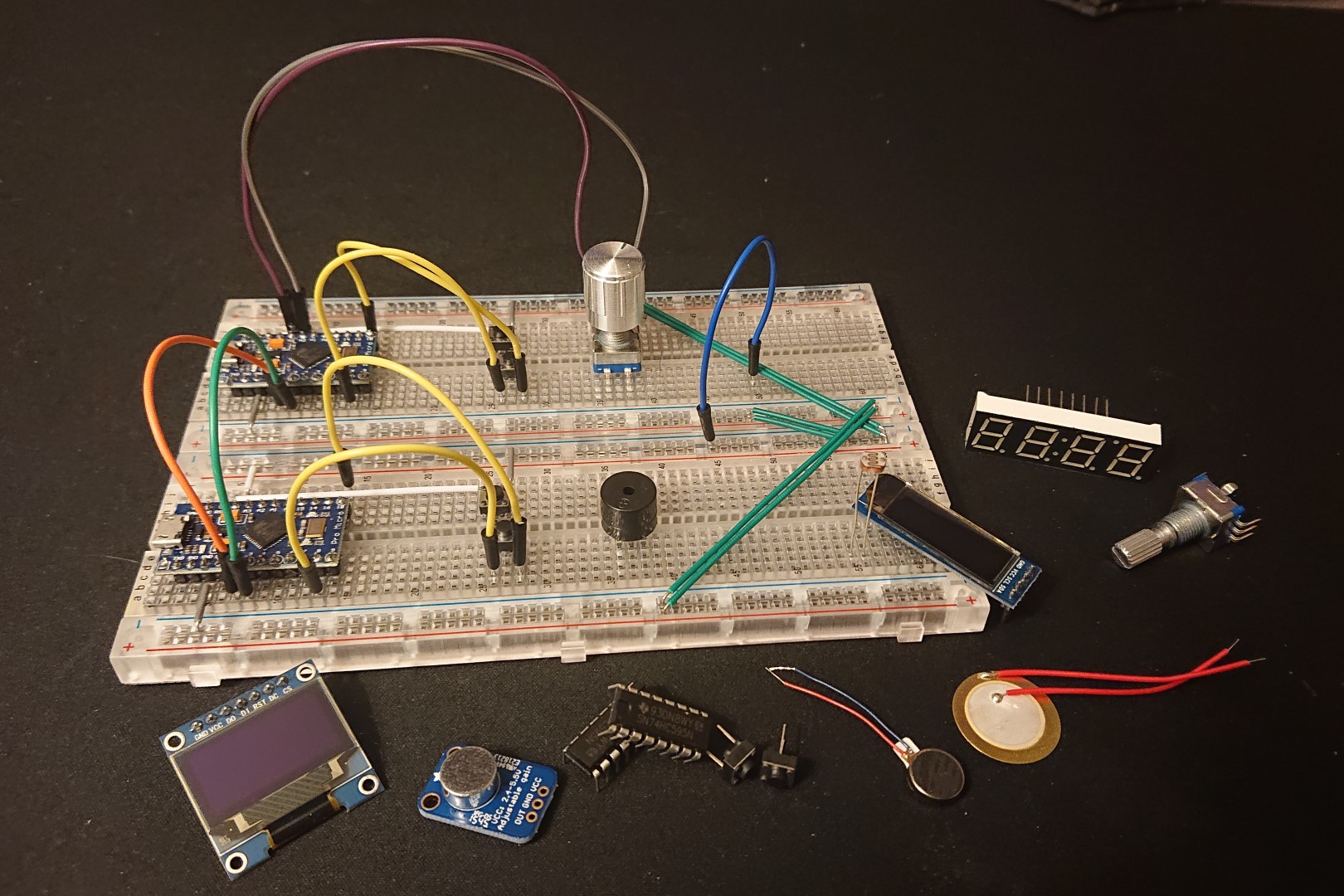 I’ve built an Iris keyboard last week. It uses two Pro Micro controllers for communication between the pair of keyboards and the computer. This article mainly applies to revisions 2 to 2.5 of the Iris keyboard.

I’m researching whether I can do modifications to the board, such as adding an OLED screen or using a rotary encoder. In order to do that, I’ll need some free pins on the microcontroller.

I found the above diagram in the documentation from Keeb.io. Most pins have a label, but two of them don’t. I set out to see whether all those pins see use, so I can use some of the pins for my own modifications.

I posted a question on the olkb subreddit (short for Ortholinear keyboard). The owner of keeb.io, bakingpy and QMK collaborator drashna were kind enough to provide some answers, and with their answers I was also able to find some unused pins in the firmware. In summary:

The use of these pins is defined somewhere. The Iris makes use of the QMK software project as its firmware. Every keyboard is able to define configuration, mapping pins of the microcontroller to various functions of the keyboard.

I wanted to know exactly what pins get used for what, so I made a table with all broken out pins on the Pro Micro and their purpose for rev2 of the Iris, ordered by location on the PCB. Note: other revisions for the Iris do use other pins for some functionality, but you’ll be able to look at the source files to see those configurations.

The files for the Iris are located in the QMK firmware repository, under keyboards/iris. Not all pins are defined there: some are assigned by convention.

I haven’t yet found direct references to the D0 and D1 pins that are used for serial or I2C communication. They’re not defined in Iris-specific code, at any rate.

Digging deeper, I could find other references to these pins:

After receiving help and digging through the QMK and AVR code, the following ports are available on an Iris keyboard when using a Pro Micro:

It might be possible to hook up a SPI or I2C port expander on the D0 and D1 pins, making the available ports less of an issue.

Interaction with I2C devices may be possible on the D0 and D1 pins, though the Iris uses serial by default. Switching the protocol to I2C should be possible according to the keeb.io FAQ (last question) and the Iris build guide. If you followed the optional step to solder I2C resistors, hardware support should already be there.

Software support for I2C doesn’t exist specifically for the Iris. There are split boards that do use I2C, such as the Corne keyboard (also known as the Helidox).

With the use cases I have, adding an OLED display and a rotary encoder, I also looked up related documentation and cases.

There exists support for SSD1306 based OLED displays in QMK, based on I2C communication. This requires changed to the protocol listed above.

Reddit user /u/LurkerMcNoPost has made a post of his Iris that succesfully uses a rotary encoder, with links to code he wrote to make it work. Official QMK support for encoders also exists, and doesn’t seem to need a specific protocol or ports. For this, the F4 and F5 ports could be used.

0 comments on “What extra pins can I use on the Iris keyboard from keeb.io?”

I use this firmware for all of my mechanical keyboards that support it and I love the customizability of it.